My favorite hip-hop/RNB artist, hands down, is Anderson .Paak, all because of his totally chill, irresistibly smooth, yet still pop-y album Malibu. This album was, IMO, the most deserved winner of any of the Grammies last year. If you want a critical score of it, popular website Metacritic gave it an 85%. That’s pretty damn high. It’s an album that’s really conscious of the roots of the artist, putting Paak in line with other rappers like Kendrick, Eminem, or Chance The Rapper.

I could focus on what the album is telling the listener, about Paak’s view of his struggles growing up intertwined with a grooving beat. Instead, I’m going to focus on the ends/beginnings of the songs in the album. The songs in the album transition by playing some sort of surfer television tutorial program, as a way to digest the song and carry onto the next one. I’ll go by each track and talk about ’em:

After searching the internet for a solid two seconds (I even clicked the “next page” button on Google search) I wasn’t able to find where these recordings were from. The point that Paak’s getting at is that it’s not really important, it’s just important to understand the stories these guys are trying to tell. Most of these recordings take surfing as a big part of their lives, just as Paak has music and you have… whatever you have. The clip after Lite Weight is talking about things besides the main passion that defines you, while The Dreamer’s clip is talking directly about why you love your main passion. All of these clips contribute Paak’s study of definition by passion, which is the main theme of the lyrics in this album.

All of this talk about passion is super dope, but things get even trickier when you think about how this contributes to the structure of Malibu. All of these after-song audio clips from shit like interviews, music, television, film, etc. individually contribute to the flow that Paak is going for in Malibu. Sometimes the tracks sound nicer using the after-song clips (like the transition Come Down to Silicon Valley) and sometimes they even flow into each other (like the transition from Lite Weight to Room in Here.) Sometimes Paak doesn’t even use the audio clips and just relies on the flow of the beat, like in the transition from Put Me Thru to Am I Wrong. All of this contributes to the overall flow and vibe of the album that Anderson .Paak so masterfully crafts with his musicianship. 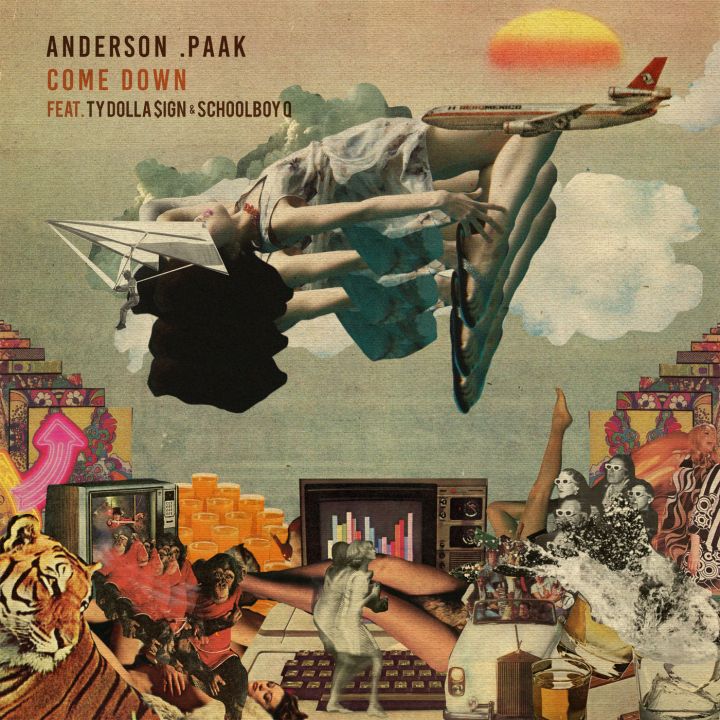 P.S. How god damn awesome is this album artwork? Right?!